Sexual abuse statistics vary between countries and reports, but are consistently alarming: Research indicates that up to 36% of girls and 29% of boys have suffered child sexual abuse; up to 46% girls and 20% boys have experienced sexual coercion.

(The 57th session of the UN Commission on Human Rights)

We left London with a huge sense of relief, moving away would give us the chance to start again without many of the old ghosts.

I secured a role working for the NHS in administration and also became a volunteer on a crisis helpline.

I remember being interviewed for the telephone role and I was asked if I had any personal history of mental health. I began explaining what had happened, “I don’t understand why any child would keep abuse a secret”, was my interviewers response. “Wow!” Not a great start I thought. Thankfully, this person was the exception and my colleagues on the helpline were a tremendous group of people.

Shortly after this I saw an article in the local paper regarding a community group looking for volunteers to help with a support group for adult survivors.

The group was called, HEAL (Helping Everyone Abused Live) and was kindly given the use of a room by the local MIND. At that time it may have been the first and only group in the UK to work with men and women together, regardless of the the type of abuse suffered. I called, an interview was arranged and I was taken on.

The first meeting was very memorable, I was the only man in the room with about 5 women and was viewed with a huge amount of suspicion and even a little hostility. “Why do you want to volunteer?”; I was challenged immediately, when I said that  I had been abused myself, the atmosphere changed completely. “It must have been worse for you, being a man” was the response. “Not worse, but maybe different”, I responded.

HEAL offered a weekly support group where people came and shared what was happening with them and how they felt. For a number of reasons, the Co-ordinator left and we held a crisis meeting. It was put to me; “Unless you can take it on, the group will have to fold”. I had never trained in group work or led many sessions, but couldn’t see these survivors left with no support, so I took on the role.

The first thing I did was to ask the members what they wanted and needed.They felt the weekly support group was not working and that they wanted to have some direction and focus to the sessions. Jointly, we set up a monthly schedule, with different activities such as discussion groups on topics decided on by the members. Over time this gradually developed into more and more structured workshops and the open support group was actually dropped by the members themselves.

We struggled with low numbers for sometime, then suddenly, numbers began to increase and at times we would not have enough chairs, with people needing to sit on tables. Now men came as well and we were working at maximum capacity.

We needed to make the decision to expand. We became a registered charity, secured more funding and opened our own premises.

Tudor House, the home of HEAL

Momentum continued to gather; we were now also actively involved in training staff from other agencies in working with survivors.We went from one group a week to four, which included a drop in, a Carers/Supporters Group and a Creative group, which culminated in having our own exhibition.

We now had a 2 year waiting list to join our groups, with nearly 120 people on it at anyone time. 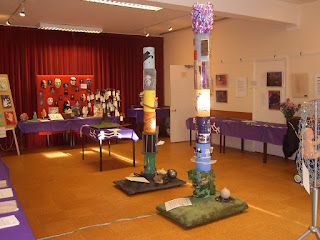 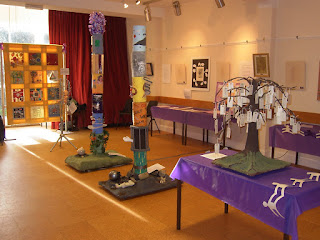 …and paraphrasing, the immortal words of Ernie Wise, here’s a poem “what I wrote” for the exhibition:

Personally, my life was also about to change, as I discovered I was going to be a father!

I am a male survivor of childhood sexual abuse. But, that does not define me. I'm also a husband, father, son, brother, friend, work colleague, charity manager, bushcraft & survival instructor and part-time adventurer. View all posts by Survivor John

I am a male survivor of childhood sexual abuse. But, that does not define me. I'm also a husband, father, son, brother, friend, work colleague, charity manager, bushcraft & survival instructor and part-time adventurer.